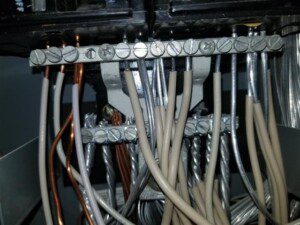 If your home has aluminum branch wiring, you are at an increased risk of electrical fire. The U.S. Consumer Product Safety Commission (CPSC) has determined that “homes built before 1972, and wired with aluminum, are 55 times more likely to have one or more wire connections at outlets reach ‘Fire Hazard Conditions’ than homes wired with copper.”

Aluminum branch wiring was used in approximately 2 million homes in the United States that were built between the years of 1965 and 1975. Copper, the material that is most commonly used for branch circuit wiring, was in short supply in the 1960’s. This caused some builders to use aluminum wiring instead. However, aluminum wiring has several properties that make it a less desirable electrical conductor. Aluminum wiring is softer, and is more likely to experience oxidation, corrosion, and thermal expansion than copper. These conditions cause increased electrical resistance at all of the wiring connections, and the increased resistance creates heat which can start a fire.

Aluminum wiring that was installed in the 1960’s and 1970’s was a plastic-sheathed cable that looks just like the copper, “Romex” cable that you would typically find in a home of that era. The easiest way to tell the difference between copper and aluminum is the color. Copper has a golden, dark yellow color and aluminum is silver in color. 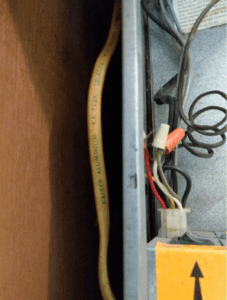 If you have aluminum wiring in the home, we strongly encourage you to have it evaluated by an electrical contractor that is experienced in working with aluminum wiring. The CPSC has found only 3 methods of repair to be safe, effective and permanent.

The second option for repair is known as the COPALUM Method of Repair. This involves attaching a short section of copper wire to the aluminum wire at every connection point. A COPALUM connector is used to make the connection between the aluminum and the copper. A COPALUM connector is specially designed to provide a permanent connection between the copper and the aluminum. Only electricians that are specially trained should perform this type of repair. Because the connectors are used only at the connection points, the existing aluminum wiring is left in use. This method of repair is much more practical for occupied homes.

You can find a demonstration of COPALUM connector installation here: