How To Fix a Pop-up Sink Stopper 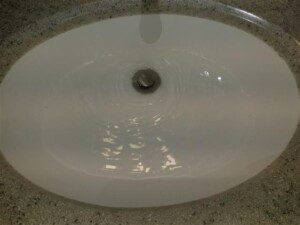 Sink stopper not closing all the way.

Pop-up sink stoppers are common to find in many bathroom sinks and their larger counterparts can also be found in many bathtubs. These stoppers are convenient since they don’t require complete removal to open and won’t get lost as easily as conventional fully detached stoppers. However, pop-up stoppers can become disconnected, jammed, or clogged with hair or debris. While these stoppers can appear intimidating to disassemble, the mechanisms that operate these devices are fairly simple.

To start working on correcting an inoperable or jammed pop-up stopper, first remove items from underneath your sink to give you room to work. Check the pivot rod (horizontal rod) that is connected to the clevis (attachment to the lift rod). Remove the retaining nut from the pivot rod and remove the rod from the drainpipe. Mark where the clevis is connected to the to the stopper rod and loosen the clevis screw. This will disconnect the assembly and allow you to check for damage, debris, or disconnected parts. 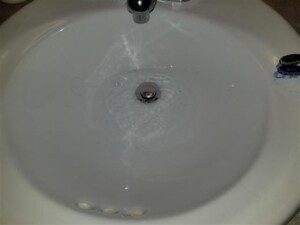 Put the new drain plug into the hole of the finished flange and insert the linkage rod into its hole. Link the loop of the bottom of the drain plug with the rod and screw the retainer nut onto the body of the pop-up assembly. Test the assembly by pulling on the lift rod at the top of the sink to see if the assembly works properly and the plug slides up and down smoothly without catching. Lastly, run water at the sink to check for leaks and to ensure that the sealant at the finished flange is adequately sealing the gap.