How To Replace a GFCI Outlet 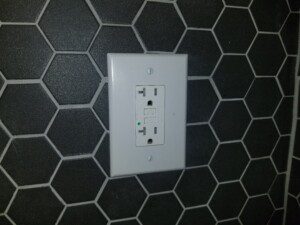 A GFCI, or “ground-fault circuit interrupter” outlet is an electrical device found in homes that are designed to increase electrical safety in areas that are exposed to moisture. A GFCI is a fast-acting circuit breaker that is designed to shut off electric power in the event of a ground fault. For instance, if for some reason a toaster or other electrical appliance falls into a kitchen sink full of water when powered, the GFCI will sense an interruption of circuit and trip, causing the electrical to turn off. The GFCI can react to a ground fault in as little as 1/40 of a second, and since its implementation in residential homes, deaths associated with electrical shock in wet areas of the home have decreased significantly.

GFCI outlets should be tested periodically (about once per month) to ensure that they are operational. GFCI receptacles are equipped with two buttons, one is a “test” button, and the other is the “reset” button. The test button should cause the GFCI to trip when pressed, and turn off power to the outlet and any other outlets downstream. The reset button will reset the GFCI switch, and allow power to flow again. If when testing GFCI the switch does not trip, the GFCI receptacle may require re-wiring or replacement. Loose or improper wiring at a GFCI can cause a failure. Or, the GFCI device may be past its expected life and simply just stopped working. 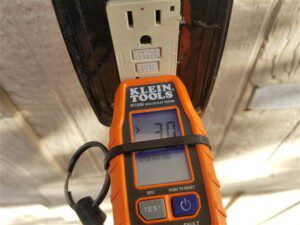 You can use a GFCI plug tester to determine whether the outlet is wired improperly, and also to trip the GFCI without having to press the test button on the receptacle. In the picture shown, you can see that the GFCI plug tester shows wiring defects (open neutral and open ground). This GFCI would not function as intended if there was a ground fault. This could lead to electrocution and death.

Replacing a GFCI outlet can be easy, but it is important to have the right tools to ensure safety. It is also important to ensure that the outlet is properly wired. Ensuring that the “load” and “line” wires are mounting at the proper locations. Make sure to wear personal protective equipment when doing any home improvement project and consider hiring a professional for potentially hazardous projects including electrical repairs.

Check out the video below to learn more about how to replace GFCI outlets.