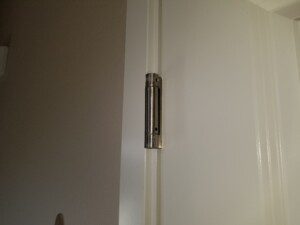 Fire is one of the most destructive and life threatening hazards to a home and can lead to significant damage or death if it is allowed to spread unchecked. While the most common area for a residential fire to start is the kitchen, another common area of the home where fires are likely to originate is the garage. According to the U.S. Fire Administration, approximately 6,600 garage fires are reported each year. While the death toll from these fires are often relatively low, significant property damage and injury can still occur.

One reason for the gradual downward trend of complete property loss or death from garage fires is due to the modern building practice of the installation of firewalls and fire resistant doors. The goal of a firewall between the living space and the garage is to limit and slow the spread of a garage fire from entering the living space, giving occupants time to evacuate before the fire can enter bedrooms or other dwelling spaces. However, the effectiveness of a firewall is defeated if there are gaps or holes, even something as simple as a garage occupant door left open or ajar. 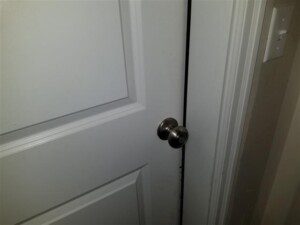 Self closing hinges replace two or three of the standard hinges and pull the door closed when left open, preventing a door from remaining open as a potential path for a fire. Similarly, a door closer arm installed at the top of the door can push the door closed. Having these self closing mechanisms installed helps to ensure that the garage remains separate from the living space so that any fires that originate in the garage will be slowed down.

Most fire rated doors and garage firewalls are rated for one hour, meaning that they are intended to resist exposure to a standardized fire for one hour. While this is not intended to completely stop or extinguish a fire, this does give occupants time evacuate the home and either extinguish the fire or call the fire department to stop the blaze before significant damage is done.