What are Zinsco electrical panels? 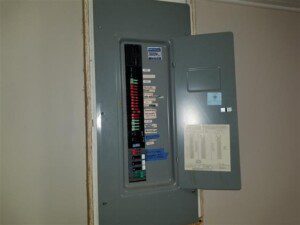 Zinsco (also known as Magnetrip, Sylvania, and Challenger) electrical panels are among the known types of electrical panels that are considered to be dangerous. Just like many other electrical panel manufacturers, the Zinsco brand went through a series of equipment design and company ownership changes. This is why you may be able to find similar equipment with different labels.

Zinsco electrical panels and circuit breakers date back to the 1930s when a man named Emile Zinsmeyer negotiated to buy the west coast stock of Frank Adam Electric company. Once this happened, the Zinsmeyer company was formed. The name of the company was changed to Zinsco when Emile’s son Martin bought it in 1943. The original electrical panel equipment developed by Zinsco was then re-branded and sold to GTE-Sylvania in 1973, and then in 1978 the original “Magnetrip” branded circuit breakers were changed to “Challenger”. As you can see there were several different names and labels attributed to this electrical panel technology, but most of the components were the same. By 1981, the Challenger panel brand stopped manufacturing Zinsco style panels, but still sold the Zinsco style circuit breakers to be used in any existing panels. 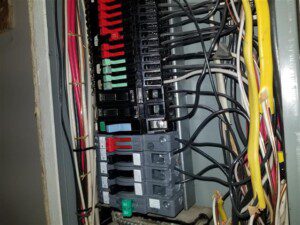 During World War II, much of the copper supplies were diverted to the United Stated government to help with the war effort, so electrical panel manufactures started using aluminum components rather than copper components that were widely used prior to the war. In 1942 the use of aluminum wires and components was added to the National Electric Code. Zinsco did not start using aluminum components in their panels until the third copper shortage in the 1960s. Some of the earlier aluminum alloys used in electrical panels were faulty and caused issues.

The main concerns with Zincso electrical equipment include issues with circuit breakers not tripping and overheating, and connections at bus bars becoming loose, which caused arcing inside the panels. This could allow metal bus bar components to fuse together, making it impossible to remove the circuit breaker without damage. Faulty circuit breaks could lead to shock and fire hazards. Home inspectors and most electricians recommend replacement of any of the Zinsco (which may also be labeled as Magnetrip, Sylvania and Challenger) style panels to prevent safety issues. There may also be issues insuring a home with a Zinsco panel since home insurance companies are aware to the increased risk of fire in homes with Zinsco panels.