Skip to content
Home/Uncategorized/Knob and Tube Wiring
Previous Next

Knob-and-tube wiring is a method that was commonly used from the 1880’s to the 1940’s and is often observed in older homes. While this wiring method is not inherently dangerous, it is considered antiquated and a safety hazard due to its age and sensitivity to damage. 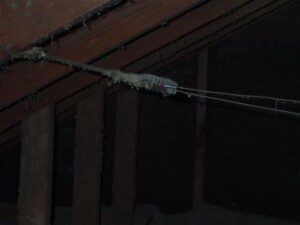 Knob-and-tube (K&T) wiring is composed of insulated copper wires that pass through framing in porcelain insulating tubes. These wires are additionally supported by porcelain knobs before entering a device, where they are protected by cloth or rubber insulation. 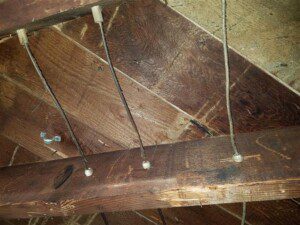 K&T wiring in a basement space.

K&T has some advantages, such as the almost unlimited lifespan of the porcelain components. These wires also have a higher ampacity than other similar gauge wires, necessitating the 6-inch gap between the hot and neutral wires to ensure the proper dissipation of heat. 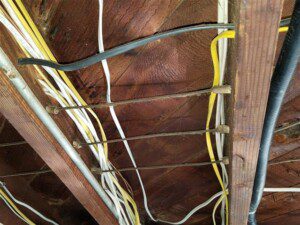 K&T wiring in a basement space.

However, K&T wiring is considered dangerous when it is covered in insulation as it can start a fire due to its heat. The wiring also tends to stretch over time, leading to sagging wires. In addition, K&T does not have the grounding wire that most modern electrical appliances need, which increases the chances of  electrical shock and electrical fires. 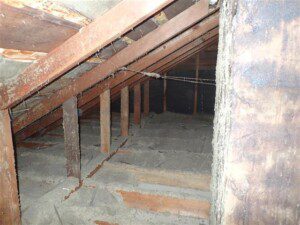 One of the most significant reasons why K&T wiring is inadequate for current standards is the increased need for electricity in a modern household. Since K&T would have been installed during a time when the average home had only 2 or 3 electrical appliances, the average modern American household now uses around 23 appliances. This means that K&T wiring is often supporting a load beyond its intended capacity. Combine this with the amount of wiring that has been unprofessionally modified, and this leads to an increased chance of electrical fires and other safety issues. 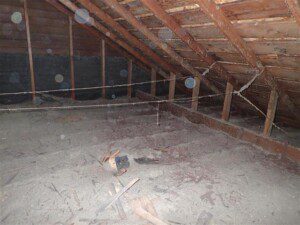 All K&T wiring should be assessed by a licensed electrician in order to evaluate its safety and functionality. While rewiring a house can be costly and time consuming, this can decrease the chance of electrical fires as well as upgrade to modern electrical appliance needs. Ultimately, K&T wiring can be considered a safety hazard due to improper installation and insulation cover.